Hari-kuyo, take a moment to thank your pins and needles today

Hari-Kuyo is a requiem service for needles held throughout Japan held on either February 8 or December 8, depending on the region. The ceremony of laying needles to rest harkens back to at least the fourth century. Today the services are attended not only by tailors and kimono makers but also by people who sew at home.

Hari-Kuyo is a 400-year-old Japanese festival held in Buddhist temples and Shinto shrines. Broken pins and needles are thanked for their work and laid to rest in a bed of soft jelly or tofu cakes. Stitchers pray for the repose of their needles, improvement of their sewing skills and safety from injury while sewing. 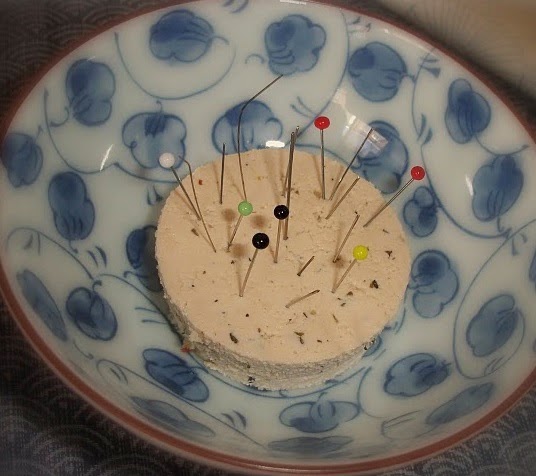 Some people believe the tools have souls, and they are treated with care and respect. We rely on countless helpful tools which are the result of ingenuity and craftsmanship. Perhaps celebrating pins and needles and the service they provide reminds us of the many small things we should be thankful for.


Another aspect of Hari-Kuyo is the letting go of personal burdens. In Japan and everywhere there are concerns and complaints that stitchers don’t share with others. They are said to share these with their needles, passing the burdens onto them, so that when the needles are put to rest they take the cares, worries, and sadness with them. Who among us has not found respite in our stitching?
Why not take a moment or two today and thank you needles for the service they provided you this year. 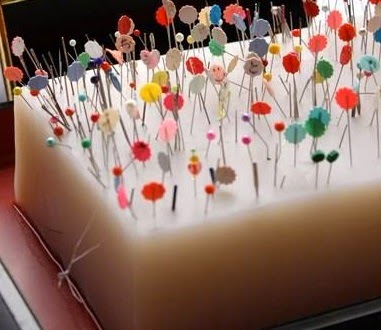 An online booklet can be found here:

and a sweet little presentation can be found here:

Email ThisBlogThis!Share to TwitterShare to FacebookShare to Pinterest
Labels: Hari-kuyo