Still Up to my Knees in Boxes

Still in the process of moving,  mostly unpacking boxes which seem endless, this week we will be moving the contents of the garage and a few things in the house that didn't make it on the last truck load which translates to stuff I am most likely donating but have to be sure I don't want it. 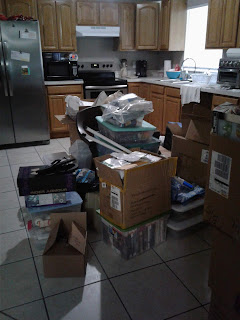 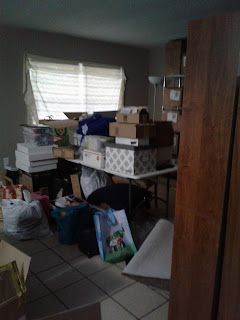 Luckily there are several spaces in the house to use for drop spots which makes a mess but allows for all the stuff to be sorted and moved to designated rooms, closets etc.  I'm happy to say that just about every box I open more items are removed to the donate boxes, which is great since many things were designated to donation boxes while I was packing.

I haven't had a moment to stitch, read or any other activity, after moving stuff during the day my body is so tired I barely have the energy to eat before I fall to sleep.  Once all the stuff is moved from the old place I will carve out some time for myself and unpack and a less hectic pace.
Posted by Deb at 6:26 AM