Today I decided to snap a few photos of my overgrown garden I'm sure I mentioned in a post or two. After losing just about everything last spring that I planted I still don't have much energy to look at it much less pull weeds, which I have done in a few weeks.

I do keep up the watering of the few potted plants that continue to thrive and in the upcoming days while the early mornings are cool I will be outside cutting, trimming and weeding to get things under control. 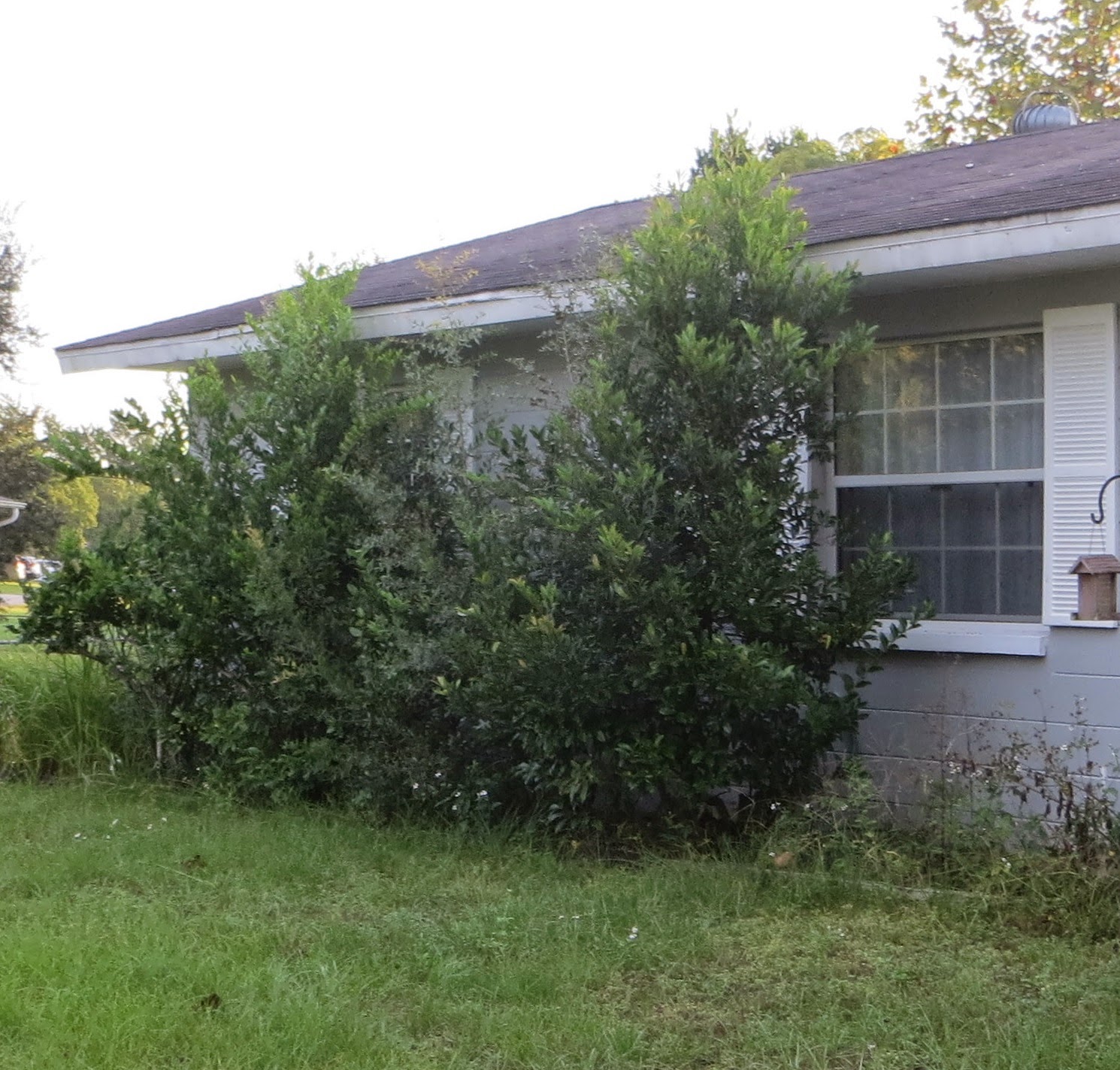 The shrubs in the front of my house have grown over the roof eave despite trimming them several times during the summer the heavy rains we had throughout  most of September kept them growing. 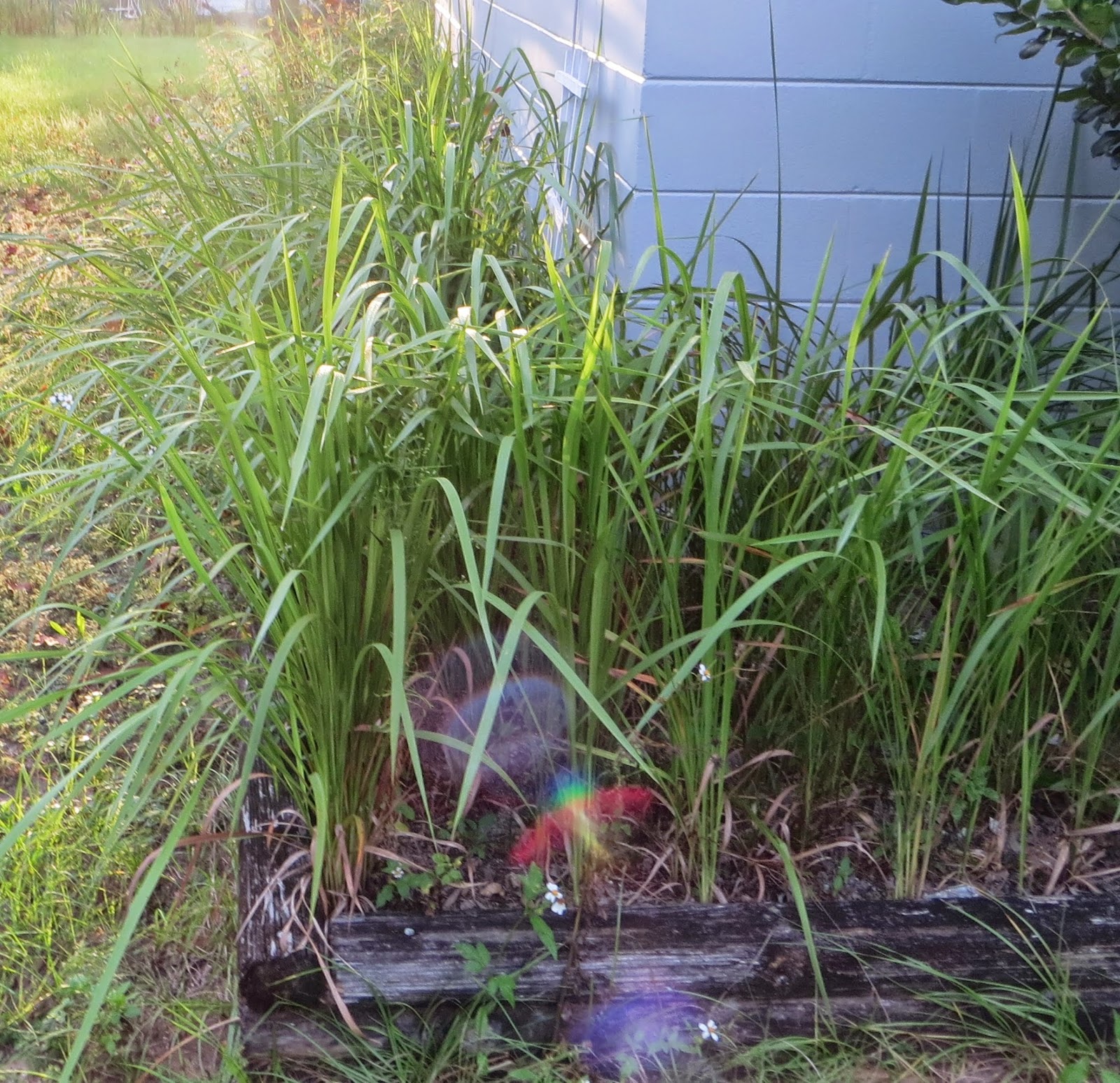 The side of the house where once I had thriving vegetables now has these clumps or clusters of a weedy grass I have no clue what it is and I suppose I should find out. 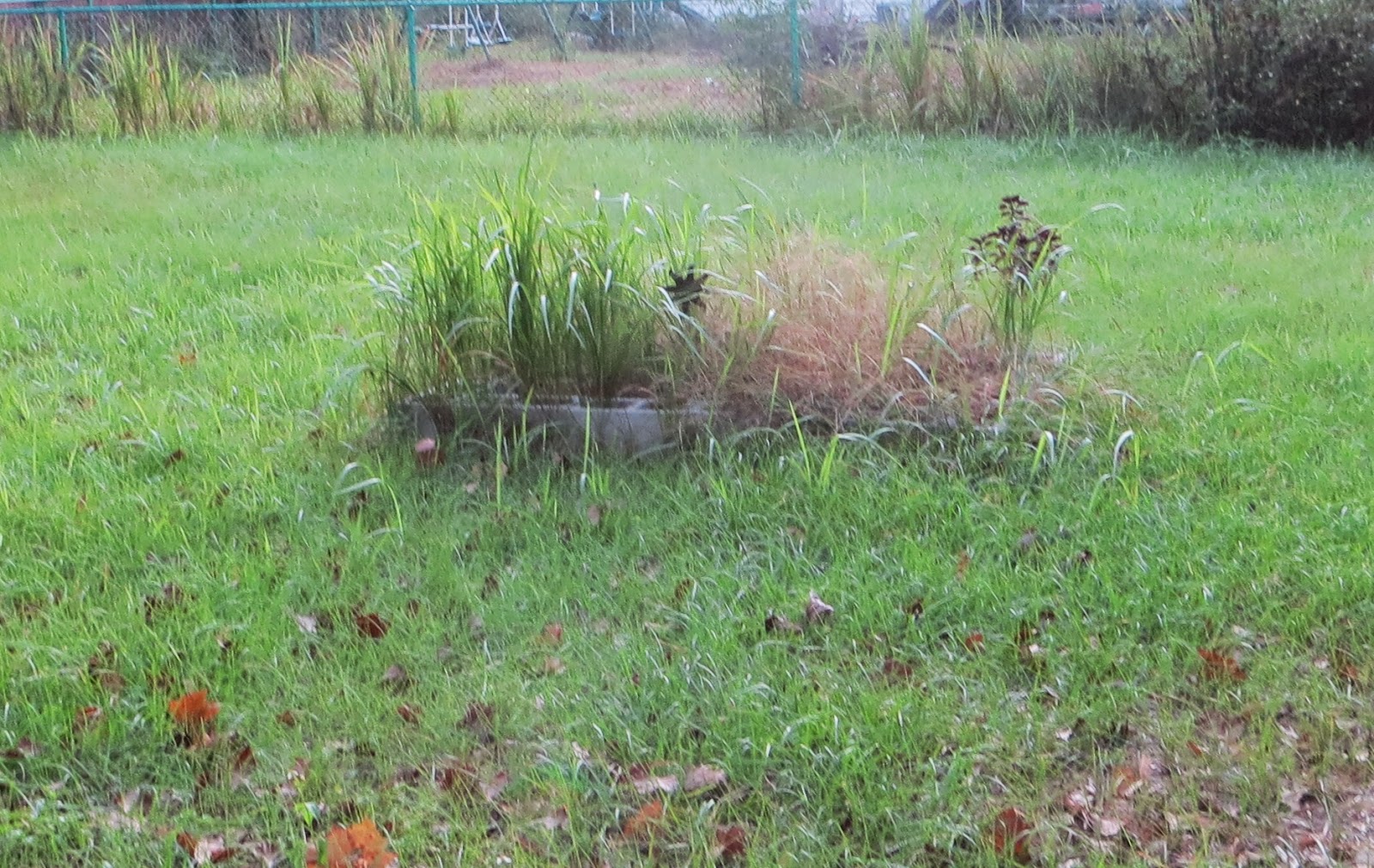 The cement block raised bed has more of those grassy clumps and a dried out patch of brown weeds, and the purple basil which I swore I pulled up in August is back again, its one plant I didn't buy from the nursery where I bought all the plants that died out.

More clumpy grass and other various weeds overtaking the two raised beds off my patio area.  As I said after losing the plants this past spring I just gave on the garden and as summer wore on and I had the viral infection I didn't have the energy or the desire to touch the garden beds. The constant rain had the weeds growing faster then I could pull them and yes I had the entire beds weeded in early September.

My work is surely cut out for me and with the days growing cooler I actually look forward to getting outside and cleaning things up, even though the soil test have once again come back fine I have no plans to plant a garden this spring.