Today was day two of the Hand Embroidery class I was taking and I have to say despite a few rough starts, some forgotten trimming and some stitch ripping I finished my two projects. 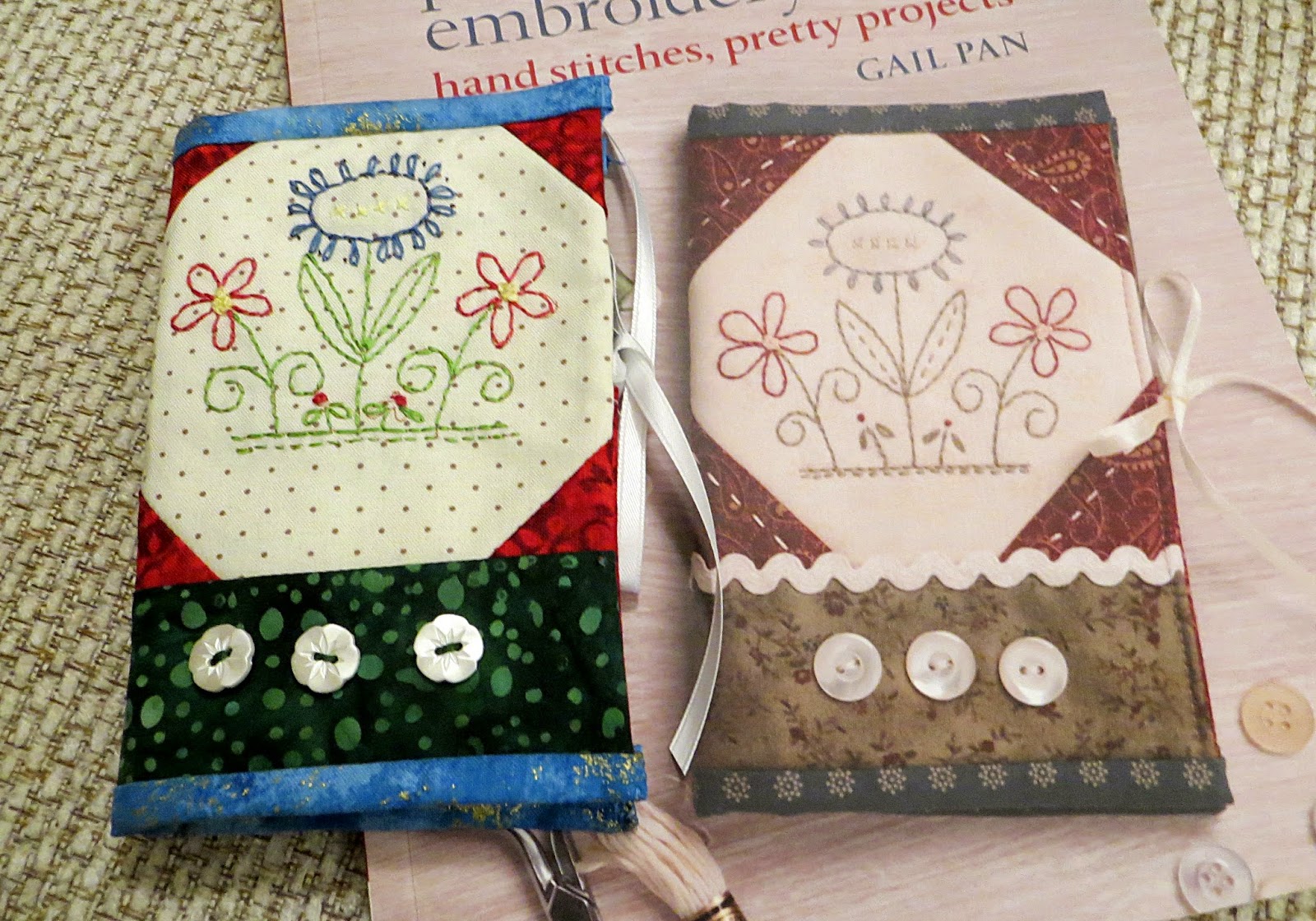 My needle book I think came out right even though we missed the instruction to cut the embroidery piece before construction. This was due to misreading and a several interruptions during the class, yet with a little ingenuity I was able to trim everything to fit rather nicely, I omitted the white hand stitching on the corners because mine are really to small to really get the look. The omitted rick rack I will blame on the book which called for 1/4" which was too narrow for me to stitch to the piece, half inch would have been better. 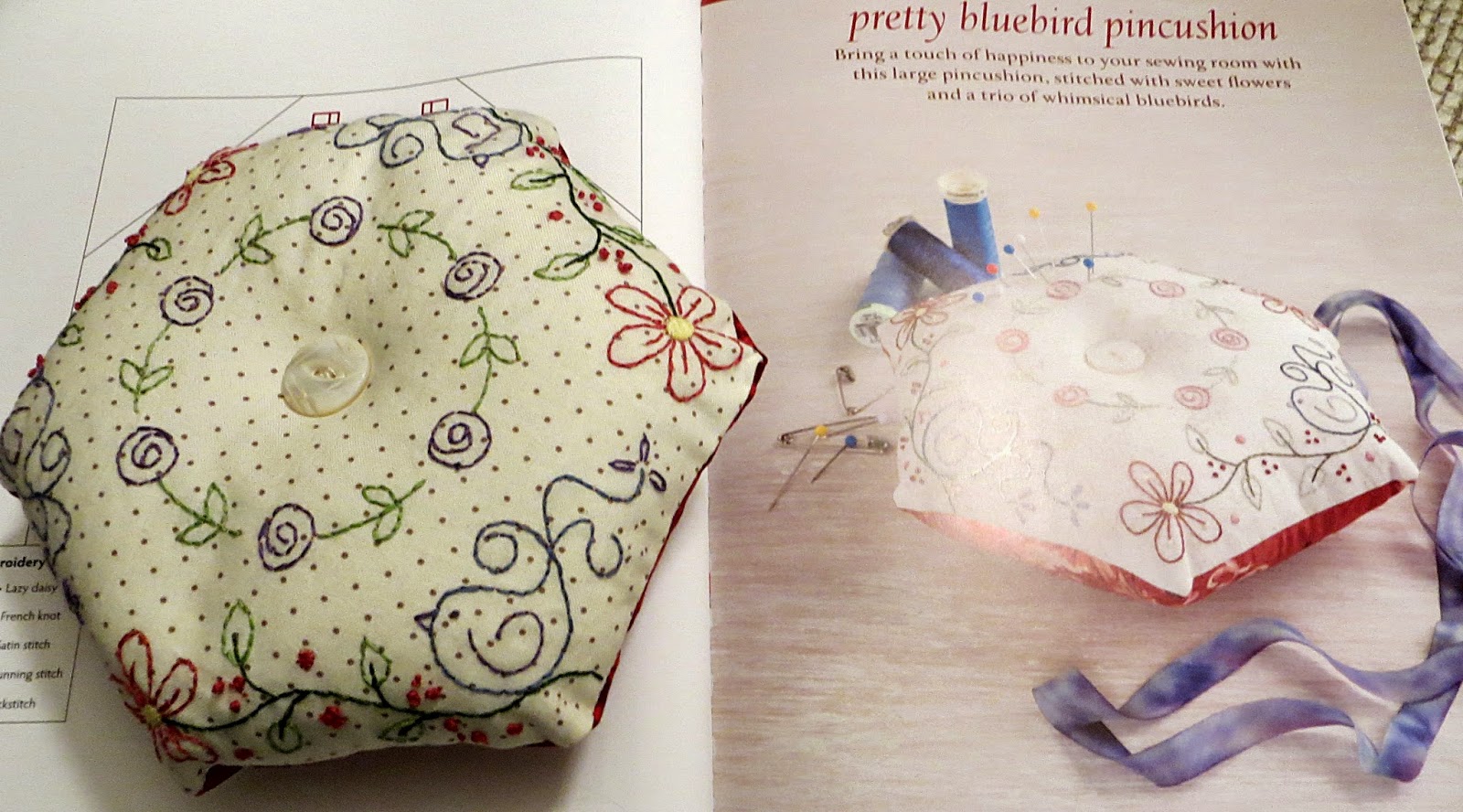 The first time I stuffed the pincushion I had forgotten to turn it back to the right side and I was wondering what happened to all my pretty stitches and gosh it was ugly, then I started to laugh when I realized it was still inside out. 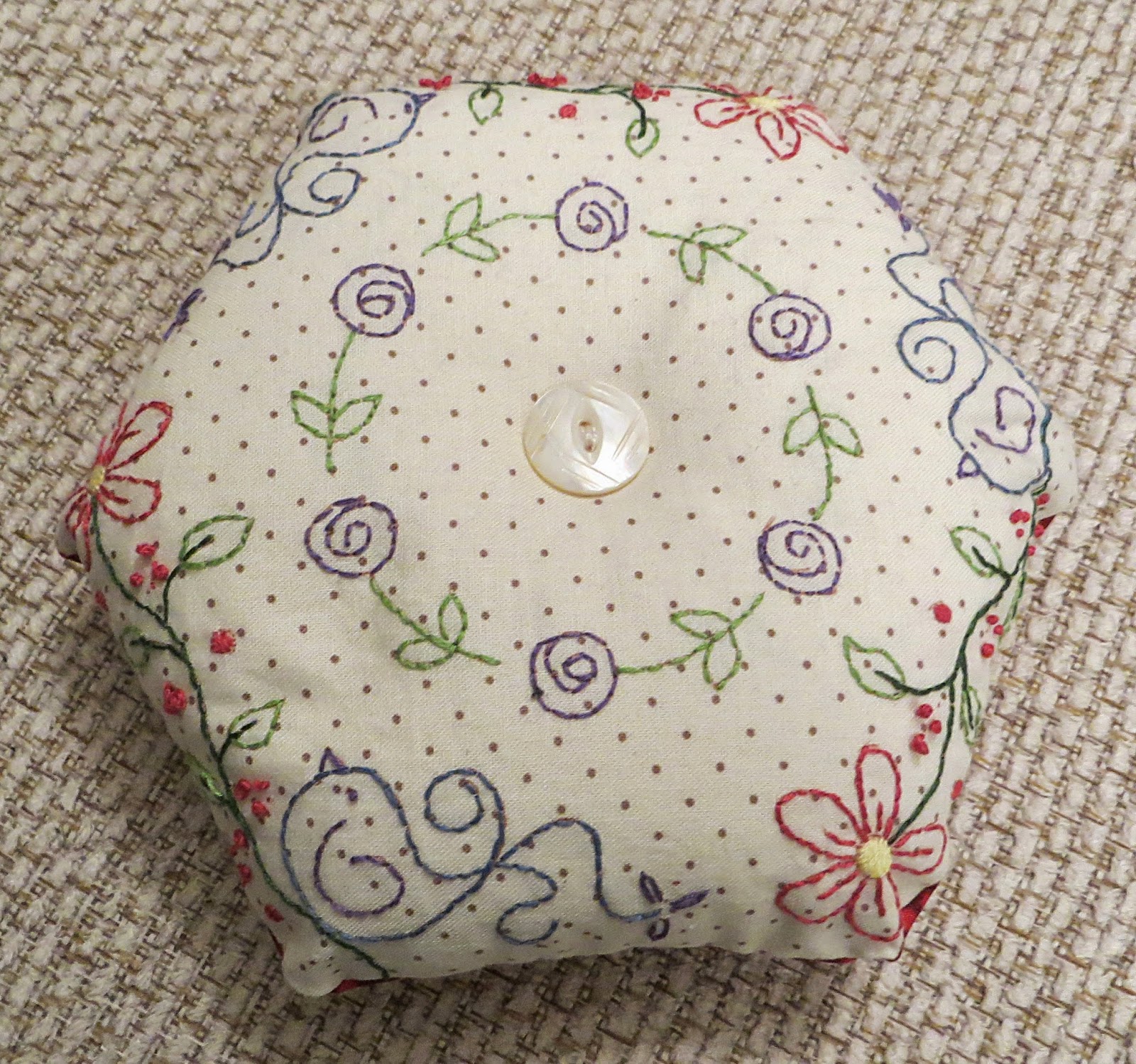 I didn't sew the buttons on the pincushion or needlebook until later at home we were running out of time due to all the interruptions and I wanted to get the needle book done before I left. The buttons on the needlebook should have been sewn on before it was all put together but I managed to sew them carefully under the pocket.

So the Hand Embroidery class is over I learned a few tips, tricks and shortcuts for future projects, next Tuesday is the Crayon Tint Embroidery class and from I hear I won't be the only student this time.  I enjoyed the class and DeeAnn the instructor is a wealth of knowledge and I look forward to taking the next class with her.